Being a salesperson isn’t just about being able to talk well; it is more about being a combination of creativity, strategic thinking, utmost patience, and some sarcasm. Ask any salesperson about their life as a sales guy, and they would have a mix of stories from different dimensions—fun, creative, hectic, and even sarcastic stories. They never give up on a deal until they exhaust all their sales stunts, and that is why we call them “heroes that go above and beyond.”

Topics Covered: hide
1 1. George Gallegos, the CEO of Jitterbit says, “We closed a deal when he wasn’t on mute. ”
2 2. Cristian Rennella, VP of Sales and Co-founder of oMelhorTrato.com says, “Sales campaigns may require impromptu marketing stunts at times.”
3 3.“I was at my client’s house setting up equipment”, says Dan Tyre
4 4.“Travelled to the Client’s shop just to figure out they were closed for the day. So, I took a selfie in front of their shop”, says Elizabeth Grip
5 5.“Donuts saved our deal after 8 months of consistency!”
6 6.“Whatever it takes.”
7 7.A Blackmail with the customer’s sandals!
8 A value-adding and currently trending sales stunts

In line with that, we’ve put together seven inspiring sales stories for those striving for success in the sales game. We hope these stories serve as invaluable lessons for all sales professionals, reminding them that hard work and dedication will eventually pay off!

1. George Gallegos, the CEO of Jitterbit says, “We closed a deal when he wasn’t on mute. ”

Jitterbit, the CEO of George Gallegos, closed a deal in a frenzy of sales negotiations where both salesman and the client did not slow down with money. The precise on/off discourse took place when the client became unaware that he was not on mute while trying to discuss numbers on the conference line. The mute button allowed the salesperson to learn how well the product matched the client’s needs; and what else does a salesperson need?

The client had fallen under the product’s umbrella, and the deal was closed on the salesperson’s terms. A deal can have multiple sales stunts behind it, but a mute button that takes a deal to its climax is not only insane but inevitably insane.

Moral of the story: Not everyone can get lucky by closing a deal when a mute button plays a major role. Sometimes It takes a lot of patience not to give up on a deal when the smallest details can help you get a prospect.

Cristian’s company was expecting a close apple-of-the-eye deal with one of the top three largest insurers in Latin America. Despite trying everything a typical sales team would do to close deal-making follow-ups, emails, meetings, and presentations, Cristian finally thought of making an audacious stunt to get the deal done.

He brought every offline advertising module that was surrounded by his corporate office right from billboards to signage boards stamping them on the streets, railway stations, and around the corners of the streets where their employees’ eyes would catch a glance- twice a day! He made a straightforward assumption that “people who cross the advertisements twice a day would see our ads and services over and over again, that way we will get attention”.

Cristian’s shameless idea fell in its right place and they finally became one of their valuable customers after two months of consistently not giving up his so-called “shameless idea”.

Moral of the story: As a sales guy, never feel shy to onboard your so-called “shameless ideas” in the sales process. Sometimes, they might turn into your best sales success stories. You never know!

3.“I was at my client’s house setting up equipment”, says Dan Tyre

“After three months of trailing a customer to purchase our computer hardware, all I got was ghosting.” I was completely wiped by a client who did extensive research on us only to ignore me despite repeated phone calls and emails. When I had given up hope as a salesperson, he called me at the close of the month and questioned if we had the entire system in stock.”

“Little did the salesman in me realise that he’d then ask for a computer cable to connect his computer to his printer, and he demanded that I install it at the customer’s house on the same day, precisely before midnight.” I went to his house and set up the system, and my esteem in myself as a salesman flourished. But it wasn’t the same until I met this customer that I realised I also seemed to have the skills of a technician.”

Moral of the story: Going above and beyond isn’t a myth. Sales folks become amazingly versatile when it comes to closing their deals.

4.“Travelled to the Client’s shop just to figure out they were closed for the day. So, I took a selfie in front of their shop”, says Elizabeth Grip

“After nailing a discovery and a demo call with a local downtown diamond shop, my hopes were dashed once they didn’t reply to my cold calls, emails, and whatnot!”

I was completely wiped during a Zoom call we had to discuss the business deal, even though they were seeking our enterprise plan and a large number of potential parties. After numerous attempts to contact them, I decided to take the day off and go to the store in person to do an update on the deal.”

“All I found at the store was a sign that said, ‘We are tight for the day.'” I kept going and opted to take a selfie with their shop in the hopes of sending them an email letting them know I was over there.”

Moral of the Story: Sometimes people ghost, even in Zoom calls. All that it takes to win a deal are crazy efforts and getting ghosted again. But yeah, the last pitch email with some hopes can also save your deal from falling.

5.“Donuts saved our deal after 8 months of consistency!”

“I had a target account that I had to close. The customer was a potential prospect for our business, but I never really thought I would get to know that their proof of concept was everyone having a sweet tooth with a soft corner for Donuts.”

Being desperate enough to show how dedicated I was towards the deal, I took doughnuts every single day to the prospect’s office for 8 long months. After serving 384 doughnuts later, I gained their trust and closed the deal with a doughnut party.”

Moral of the Story: Sales isn’t just about being crazy at times and understanding their business needs. At times, a crazy POC can help you save a deal or sparing some doughnuts would do. Consistency and craziness come in multiple faces.

A sales guy once had a minor heart attack when he was at the peak of closing a valuable deal. He neither cut the call nor gave up on the deal. He closed the deal holding his life back, closed it as expected, went into the bathroom and passed out for two long hours.

The moral of the Story: “Whatever it takes to close a deal” isn’t just a saying, it is an emotion. The sales stunt is crazy only because the sales guy was alive to tell us this story, and he lived up to the headline!

7.A Blackmail with the customer’s sandals!

A seller spent almost 2 hours of his time just to hear “I want you to hold this car for me” from the customer’s mouth. The salesman had a car on his lot that had to be sold to someone, and with high hopes for this customer, he spent long hours just explaining the paperwork and other agreement papers. But unfortunately, the customer wanted him to hold the car for a few days, and he also hesitated to pay a token advance or anything that would secure an assurance for the sales guy.

The frustrated guy then made a crazy attempt to get something as an assurance from the customer. He just wanted to see if the customer would walk barefoot after selling his two hours. He was the most frustrated seller ever.After giving multiple thoughts on holding the car, he placed a bag on the car, opened an agreement, and stapled the paper on it, saying, “I will hold this car for you only if you drop down your sandals inside the bag, so I can have it as an assurance.”

The situation made both of them go crazy with confused looks on the customer’s face, and surprisingly, he did drop his sandals in the bag. Fortunately, the customer showed up with cash and bought the car, and it all took a pair of sandals to give as an assurance.

Moral of the Story: Sometimes, all that matters is a shameless sales stunt for your customer to come back to you, not every sales story or every customer needs fancy sales stunts. A sandal can help you close a deal.

Sales representatives should be highly adaptable and willing to go to any length to close the deal; sometimes you have to go beyond your comfort zone in terms of sales skills. Every customer is different, and so is the approach, as you have read in the above sales stories.

While sales reps have seen massive success by pulling out-of-the-box tactics and convincing them to sign on the dotted line, a medium that has been building personal and authentic connections in recent years is video. It enables them to go beyond the “shock and awe” tactics of traditional sales and instead use a highly personalised approach. Video’s immersive nature allows them to deliver key messages in an emotionally engaging way, allowing them to build trust, clarity, and a level of comfort that ultimately helps close more deals. As technology continues to evolve, video is going to remain a crucial tool for sales teams looking to increase conversion rates as well as provide an unforgettable customer experience.

You can count on “Hippo Video” to help you make such sales stunts as we help you generate three times more sales than the average salesperson does. Creating multiple videos is simple and easy with our pre-built templates, which are designed to help you get the job done faster.

Varshini curates content for businesses in the B2B, B2C, and D2C fields. She relishes writing content with words that communicate with consumers' thoughts and possesses a passion for selling and marketing. 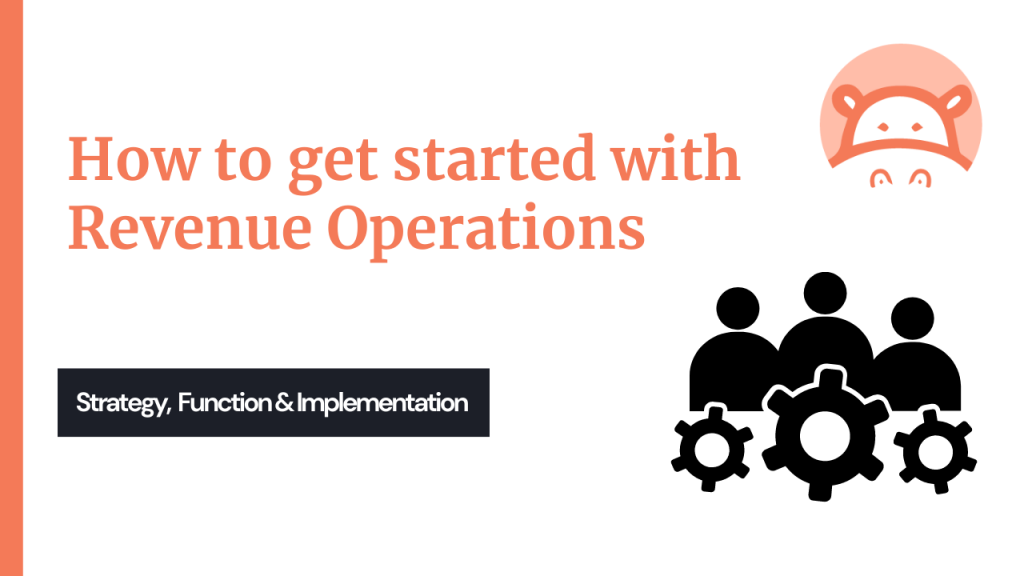 How to get started with Revenue Operations 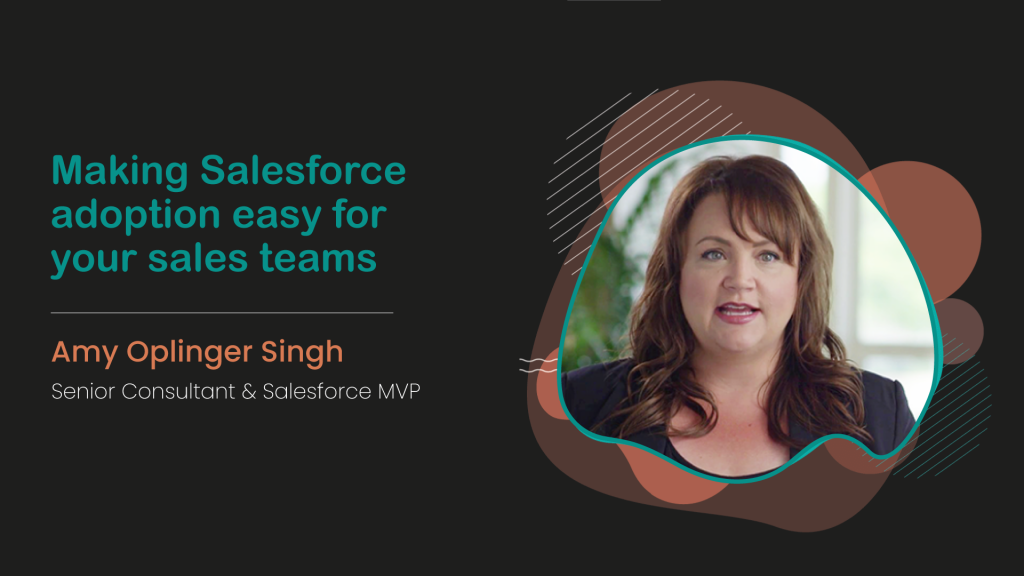