Jon Selig, a veteran sales professional and consultant who spends his day teaching sales teams on how to inject humor into their prospecting, says, humor cuts through the noise. He says “If you can make your prospect laugh really quickly, you’re going to be a ray of sunlight in their day”.

Topics Covered: hide
1 Is humor important in sales?
2 Why does it work?
3 Great sales leaders use humor
4 What makes things funny?
5 Plan your jokes
6 Different ways to add humor into sales
6.1 The humble GIFs
6.2 A funny email
6.2.1 Tip 1: When drafting a sales email with a funny bone, always pay attention to the first line.
6.2.2 Tip 2: Write a persuasive and incongruent CTA that will bribe them into taking up your offer.
6.3 Record a humorous video
6.4 Wear a funny costume
7 What to do if you are not funny
7.1 Watch comedy – a lot of it
7.2 Use joke formulas
7.2.1 Reverse
7.2.2 Comic triple
7.2.3 Triple reverse
7.3 Read comic books
7.4 Be yourself
8 Conclusion

Is humor important in sales?

Yes, very much so.

Here is an excerpt from the book, ‘The Humor Advantage: Why Some Businesses Are Laughing All The Way To The Bank’ written by Michael Kerr:

A study by Karen O’Quin and Joel Aronoff found that a bit of humor can influence people to pay more during negotiations. In the study, participants had to negotiate with a seller over the purchase price of a painting. The seller made a final sales offer in one of two ways.

The impact of a little humor had a huge effect. Regardless of gender and regardless of the degree to which the seller’s final price was above the amount originally offered, would-be buyers made a much greater compromise when offered the pet frog.

Why does it work?

To explain this, let’s get a little scientific. In a dissertation published by Valerie L. Wang, in August 2017, on the topic: Humor Usage by Salespeople: A Socio-Psychological Inquiry of Antecedents and Outcomes in Professional Selling, she talked about the Incongruity-Resolution Theory which was developed by Berlyne (1960). According to this theory, when humor is injected into a conversation at a time when the recipient least expects it, it creates an incongruity, taking them by surprise as it is ‘unexpected’. Thus, to deliver messages in the selling process, a salesperson must identify and manifest verbal cues that are inconsistent with customers’ routine expectations for the interaction.

In the example of the opening story in the introduction, instead of Tom arguing with the prospect, he said “I know you are a die-hard fan of the Hulk”. Do you think we really need an additional warranty clause?”. Ideally the prospect would have expected Tom to argue, but the expression used by him became a violation of an expected social norm. Yet, as a Hulk fan, the prospect appraised the message as benign due to the descriptive connotation of the verbiage. When violation and benign occur at the same time, the prospect started laughing. Thus, Tom effectively created a humor message that is a benign violation of a social norm.

On a biological level, laughing releases endorphins, making us feel happy, thus forging a bond between people. Consequently, if you can effectively add some humor to your “sales game,” prospects will associate feelings of positivity with you and your solution.

Watch this video posted on Grant Cardone’s official YouTube channel to learn how the sales master used humor to make a well-crafted joke that draws similarities on the problems faced both by the prospect and himself – to close quicker. This tactic helped the prospect to laugh at a common frustration, and opened the door to a conversation.

There are three elements to making something funny:

Surprise – This is a critical element to any joke. Much like the Incongruity-Resolution Theory, a good punchline will subvert certain expectations your prospect might have created in his head, taking them by surprise, thus resulting in laughter.

Authenticity – Regardless of what you’re talking about, authenticity plays a key role in connecting with people. Be genuine when using jokes as they want to know you understand what they’re going through.

Relatability – Cracking a joke based on the pain points commonly faced in the industry will definitely pave a way straight into your prospects’ heart – after all, it’s experiences we all understand. The trick lies in taking those shared experiences and presenting them in a digestible and relatable manner.

Firstly, I would like you to watch this hilarious video to see how this salesperson approached his “potential” prospect before you proceed to reading the tips we are about to give you on delivering a joke in the right way.

You will see, he not only spoke to the wrong person, also he did the exact opposite of all the steps mentioned below.

Now, there are a couple of factors to consider when you crack a joke in a sales environment, unless you want to end up with prospects like poor Vladimir (a.k.a Jim).

Now that you know the basic rules for using humor in sales, you might be wondering how to actually make your customers laugh. Well, humor doesn’t always have to be in the random one-liners, because not everyone is a comedian with a monologue. But there are a number of easy ways to inject humor into your everyday sales interactions.

Here are some ideas to get you started:

When done right, GIFs can add major value to your sales emails as they’re relatable, often funny, and grab a reader’s attention. 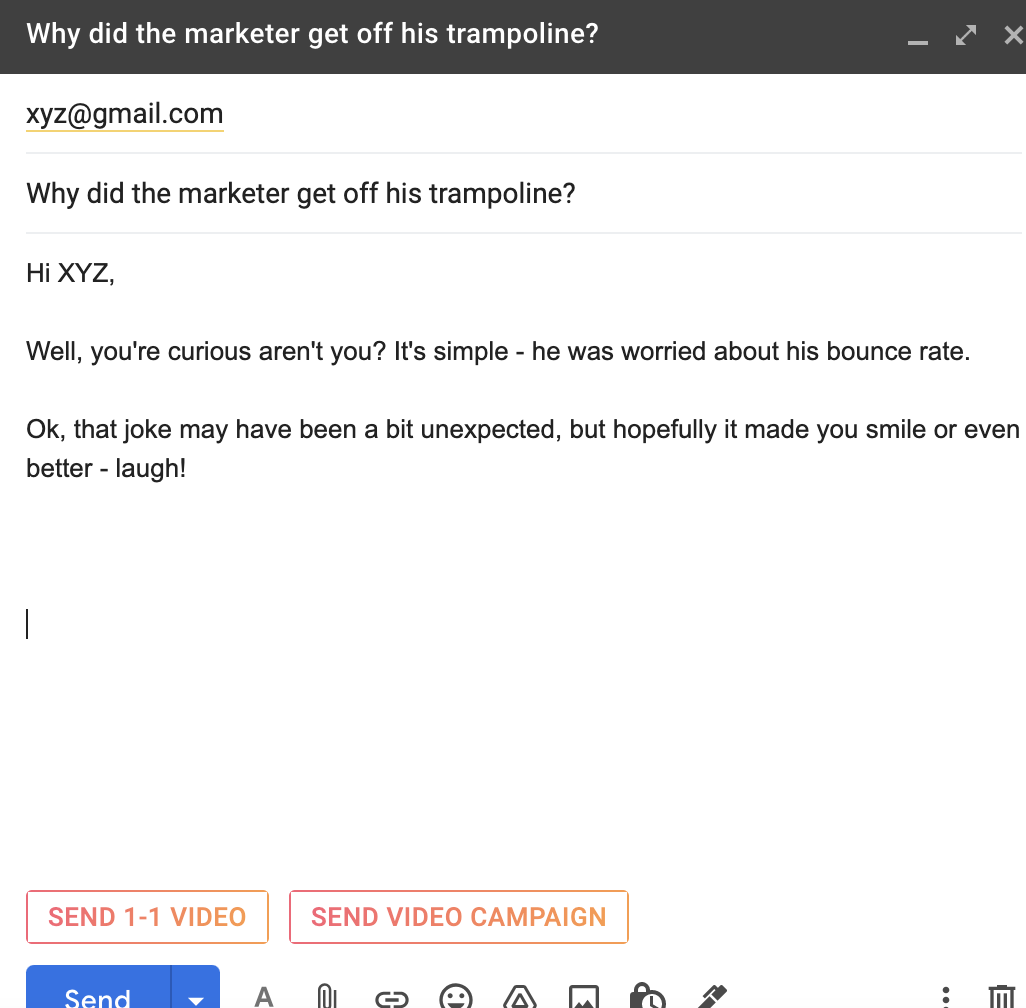 Imagine receiving an email like this one? Won’t it make you take notice of the subject line? Here are some tips from cold email expert Jon Buchan you could use when drafting a funny email.

Tip 1: When drafting a sales email with a funny bone, always pay attention to the first line.

This one will disarm and also intrigue them into opening your email. You could say something on this line to get people to open your email:

Greetings (name), I wanted to introduce myself in a way that showed that I was interesting, witty, and clever – alas! I wrote this email instead.

This email is a self-effacing little opener and that might get them to read your email.

Tip 2: Write a persuasive and incongruent CTA that will bribe them into taking up your offer.

When drafting a catchy CTA, make sure you throw in a bit of surprise in the mix so that it becomes incongruent.

If you agree to chat with me about your digital marketing needs, I will take you for coffee or lunch, or even a tequila shot and promise to be somewhat entertaining. If you’re lucky, I might even wear my top hat. But first off, I just love to give you some ideas you’re free to steal.

Here coffee is expected, lunch too is expected, however, tequila shot – in this context is least expected, thus becoming an incongruent.

A funny video invokes both attention and laughter. This video below was created by Rachman Blake from Funnybizz about bringing laughter to business. In fact, it is a clever example that is not only funny, but it also has catchy music that will stick with you for a long time to come. Take some inspiration, won’t you? Also, if you want to dig deeper into the benefits of adding video into your sales tactics, check out this blog.

If none of the above works, but you still need to send ripples of laughter among your prospects, here’s a little trick.

What to do if you are not funny

Let’s be honest – some people are naturally funnier than others, but that doesn’t mean someone absolutely has no funny bone in them. It is just that we aren’t confident enough to let it out.

However, if you are a self-confessed boring person, then here’s what you can do:

Watch comedy – a lot of it

Immerse yourself in comedy by watching a lot of stand up comedy, sitcoms, funny movies, and listening to podcasts hosted by comedians or just watch the hundreds of videos of standup comedians on YouTube. While you watch them, make sure to have the subtitles on as it will help you learn from their style and see what topics really connect with their audience.

Yes, jokes can be a science and yes, it involves certain formulas to get them cracking.

Applying the reversal formula, you turn things around. You lead people to believe that you mean one thing, but in fact you mean entirely the opposite.

I tried to contact you regarding an offer you would love. Let me know if:

This sentence involves two items which are an expected pattern. However, being chased by a Hippo is not something a client will expect  – thus it breaks the expected pattern and gives way for a comedic effect.

I was told to be accurate, be brief, and then be seated. So I promise I shall be brief as possible—no matter how long it takes me. —Willard Pearson

Want the secret to how to be a little funny? Here is a list of must-read books by Jeffery Gitomer that he shared during one of his FaceBook live sessions titled What’s so funny about that? HUMOR WINS!.

Ryan, the top comedy acting coach in Hollywood, shares his secrets on where to turn for comic inspiration, and how to increase your comedic imagination. Also it will teach you why things are funny.

This book comprises actual interviews of people such as Woody Allen, Milton Berle and the likes on what makes them funny. According to Gitomer, it is an important book.

This book interviews people including comedians such as Jerry Seinfeld, Richard Belzer, Ellen DeGeneres on how to be funny. A very interesting book according to Gitomer.

“This is a book even comedians read,” says Gitomer. This book will give you insights into how  you can master the fundamentals of humor writing and turn your comedic talent into a well-paying pursuit.

It’s simple – be the funniest version of Yourself! The enemy of making people laugh is when you try too hard or try to be someone you’re not. But most of all – try! Through a little trial and error, you will surely start seeing results.

Let’s get one thing straight – sales is not a laughing matter for EVERY sales person out there. An ideal work day of a salesperson involves humangeous targets, subjection to constant ‘rejections’, chasing customers, pressure from managers – the list is endless. This results in stress, depression and lack of feeling in control, which then gives way to complete exhaustion and burnout.

According to a study conducted by UNcrushed, a non-profit organization, 67% of respondents who are salespersons agreed that they are close to currently experiencing burnout.

This exhaustion and frustrations then breeds bad sales people who take that stress and negativity and pass it on to their customers. Creativity and genuinity are out the window at this point and what remains is the pressure on their customers to buy, taking them inside a stressful spiral.

So let’s save our fellow salespeople, our prospects, and the universe by injecting humor into our daily prospecting, shall we? After all, sales can be a ‘laughing matter’ if we put our heart into it.

The one technology that you need to create a flipped classroom 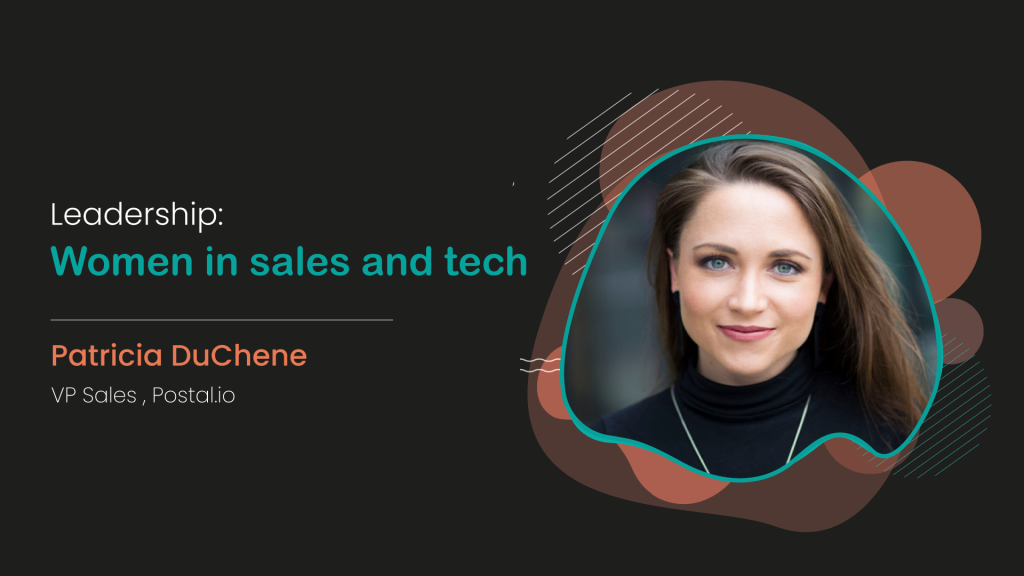 Leadership: Women in Sales and Tech 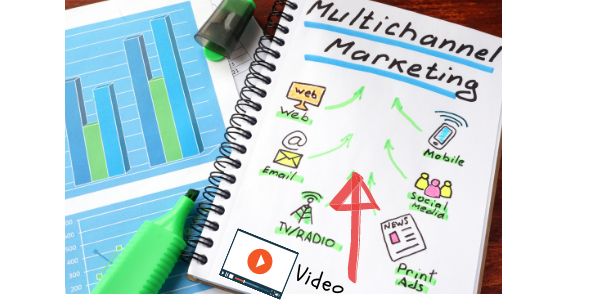